As a consultant I’ve seen a fair number of environments, and the story is usually the same. Most environments are not leveraging ConfigMgr to it’s fullest capabilities. Today I’m not going to talk about migrating to the cloud, and Intune today. Although some of that will be coming soon, along w/ Win 10 servicing, to include custom actions and some automation scripts that I use to perform some record keeping tasks. I’m a firm believer in data driven decisions as the reporting in service model is a bit lackluster so I’ll give you the tools to help w/ that. Also in a few future blogpost I’ll be dropping some info on cyber threat hunting, identifying breaches earlier,incident response, and how to ******** *** ******** ******. That last part was super classified so I won’t talk about that.

Anyways. Back when we started WIn 10 to Win 10 migrations to match Microsoft win 10 upgrade cadence about ~ 5 years ago there was the in place upgrade task sequence and servicing model. Many customers chose the task sequence route as there was a bit of familiarity to it, but also b/c of the amount of customization work that had to be done for their environments. The servicing model has it’s perks, but it’s not as robust I would say in comparison to the task sequence. These days (1709 forward) I’m trying to move away from task sequences, and more into the servicing model with these dynamic updates. If you aren’t aware but dynamic updates CAN ONLY BE PULLED FROM THE INTERNET. This will likely be several hundred MB of content, and with the servicing model this action is unknown to the end user, when you do the IPU process the end user is completely impacted during the time b/c of a big task sequence box on the screen. Since this can only be obtained from the internet you can’t exactly service your IPU package w/ this.

If you are in an environment where you do not have servicing enabled and you need handle some of the pre-reqs to allow for this. There are two links here to review. SystemCenterDudes and Prajwal Desai

So we enable the upgrades on your SUP, the pre-work is done, and you select sync. 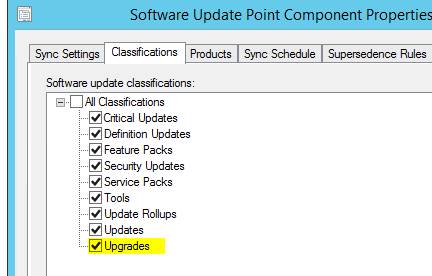 …but what, what if nothing is populated, so it looks like this 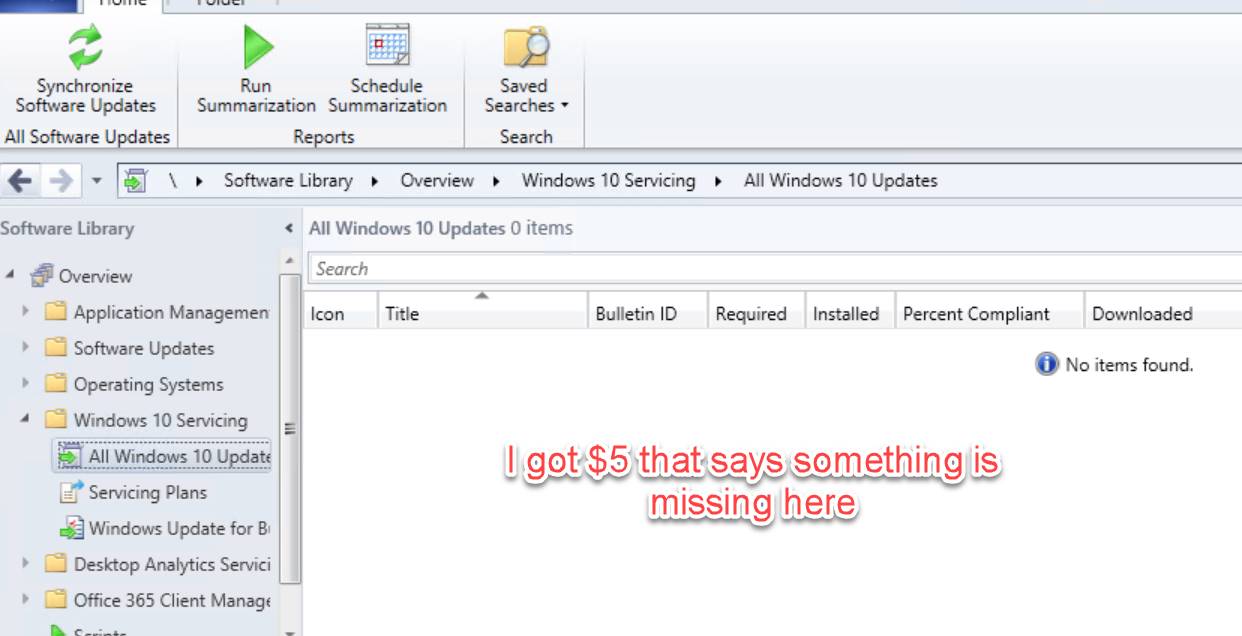 Well, I’ve seen this frequently in the last 10 years in at-least half a dozen environments. Basically when you check your WSYNCMGR.log everything starts out fine. The normal process is the notification file is found, upstream is found, categories are synced, and then updates start syncing. If an update is already synced it will be skipped etc.

All is good until we get to the feature upgrades that we just enabled. We start seeing “The Microsoft Software License Terms have not completely downloaded and ~~cannot be accepted.”, “Too many consecutive failures. Aborting Sync.”

You can also check your event viewer for some error code information. 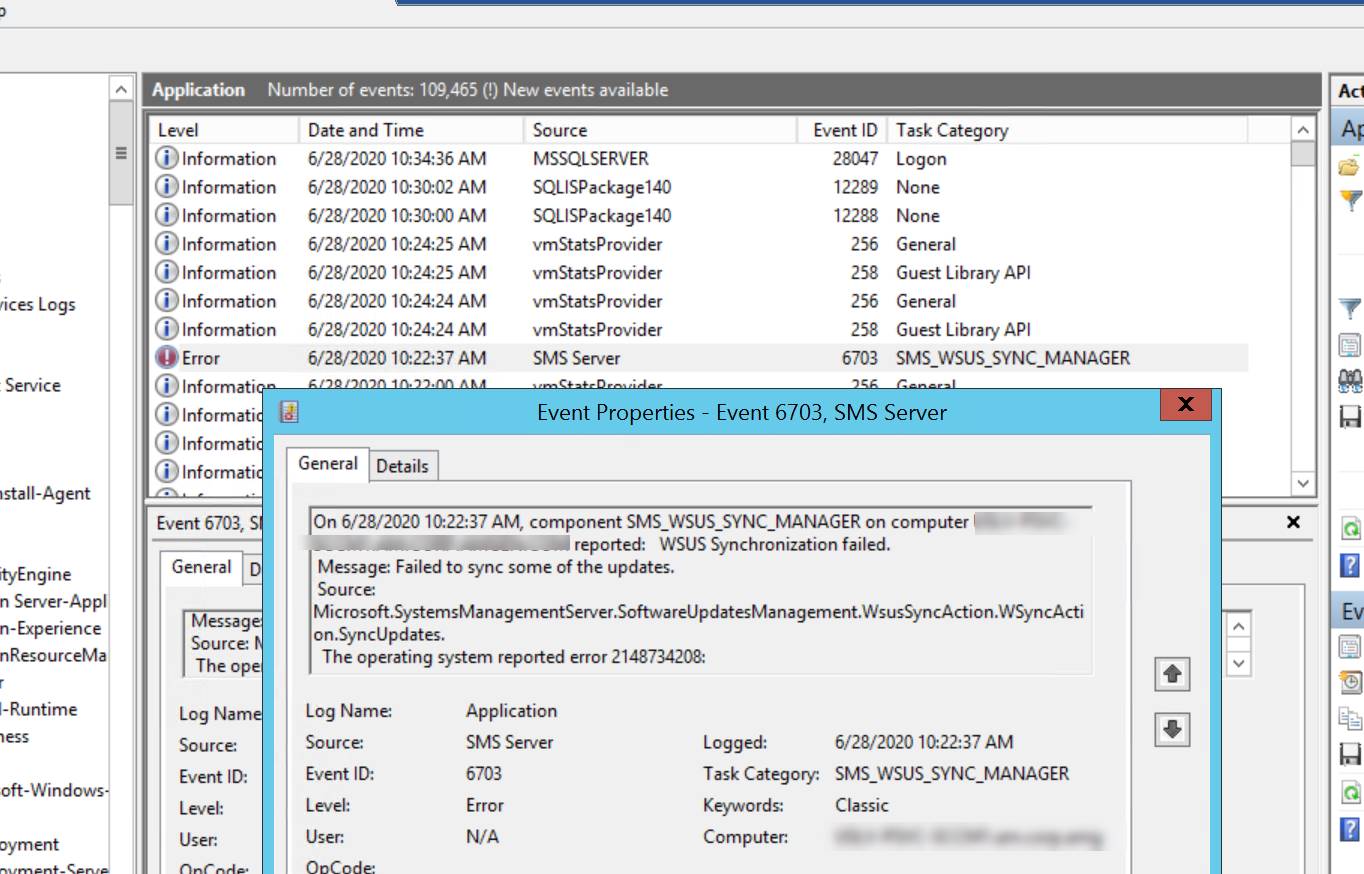 Check out this Link for how to run WSUS Reset

Once we run the reset and the sync completes we are now able to see the servicing node populated.

Ultimately I wrote this blog to cite myself to say I’ve seen this problem many times, for many years and that it is still not addressed. When you are dealing on timelines this problem adds several hours, or even days to the project b/c of having to perform the reset then download content and metadata. but let me tell you a funny joke. Why did the chicken cross the road? I don’t know but WSUS runs on old code, like 2003 code from before I was even in high school.

NOTE: I hope David James sees this, and he takes over the WSUS stuff, and makes it better, like everything else he makes better.

Hello, My name is Charles, I went to the Midwest Management Summit back in May 2019. It was my second time attending the conference. You might remember me as “that guy who has no remote users” 🙂 I said I would blog...

I was working at a customers site where there were some infrequent issues with patching. While I was viewing all status message queries there was a frequent occurrence for status message ID 11756. This particular error...